The Indian Independence Act was passed by the British Parliament on June 17, 1947 and received Royal assent on July 18, 1947; but the fate of the Princely States was largely decided on May 12, 1946 when the Memorandum on State Treaties and Paramountcy was presented to the Nawab of Bhopal and Chancellor of the Chamber of Princes in India by the Cabinet Mission. There was no pre-condition for accession except the decision of the rulers, though the importance of geographical contiguity was emphasized by Mountbatten to the rulers. The Mountbatten Plan of June 3, 1947 discussed the partition of India and advised the rulers of the states to join either of the two dominions in their own interest. On July 25, 1947 Mountbatten addressed a special meeting of the Chamber of Princes and reiterated the need to use the Instrument of Accession to accede to either of the two dominions. Maharaja Hari Singh joined India through this instrument, like the other Princely States.
There was no third option, Read the the address speech of  Crown Representative Lord Louis Mountbatten’s Address to A Special Full Meeting of The Chamber of Princes on July 25, 1947
“It is a Great pleasure and a great privilege for me to address so many Rulers, Dewans and Representatives of the States of India in this historic Chamber of Princes. It is the first and last occasion that I have the privilege of addressing you as crown Representative.
I would like to begin by giving you a very brief history of the negotiations I had conducted since I have been out here and the line that I have taken up about the States. There were two distinct problems that faced me. The first was how to transfer power to British India and the Second how to fit Indian States into the picture in a manner which would be fair and just to all concerned.
I dealt first with the problem of British India, because you will realize that until that problem was solved it was quite useless to try to start on a solution of the problem of the States. So I addressed my mind to the former. There had been universal acceptance among the States of the Cabinet Mission’s Memorandum of 12th May and when the political parties accepted the Statement of 3rd June they fully realized and accepted that withdrawal of Paramountcy would enable the States to regain complete sovereignty. That gave me a starting point from which to try and deal fairly with the states.
But before I got down to dealing with the States there was one other thing that I clearly had to do. I had to address myself to the problem of the mechanics of partition- a plan against my personal desires. As you all know, It took three years to separate Burma from India, in spite of the fact (as I can testify, as also His Highness of Bundi and other who fought in Burma) that there are no roads running between Indian and Burma. Nevertheless, it took three years to arrange that partition. It took two years to separate the province of Sind from Bombay. It took two years to separate the province of Orrissa from Bihar.
Gentlemen, we decided that in less than two and a half months we shall have to go through the partitioning of one of the biggest countries in the world with 400 million in habitants. There was a reason for the speed. I was quite certain that while the British overlordship remained no satisfactory conclusions could be reached psychologically between the parties. So once we got the two Governments set up and separated they would be able to try and finish off the details in an atmosphere of goodwill. Now, the Indian Independence Act releases all the States from all their obligations to the crown. The States will have complete freedom- technically and legally they become independent. Presently I will discuss the degree of Independence which we ourselves feel is best in the interests of your own states. But there has grown up during the period of British Administration, owing to the fact that the crown Representative and the Viceroy are one and the same person, a system of coordinated administration on all matters of common concern which meant that the sub-continent of India acted as an economic entity. That link is now to be broken. If nothing can be put in its place, only chaos can result, and that chaos, I submit will hurt the States first, the bigger the States the less the hurt and longer it will take to feel it-but even the biggest of the States will feel the hurt just the same as any small state. The first step was to set up some machinery by which it was possible to put the two future Governments of India- the Dominions of India and Pakistan-into direct touch with the States. So I conceived the scheme of setting up two states Departments within the future Governments. Please note that these States are not the successors of Political Departments. They have been set up simultaneously and side by side. While the Political department exercised functions relating to paramountcy on behalf of the Crown Representative, the States Departments are to take over those subjects gradually which have nothing to do with paramountcy but which will be concerned with relations with neighboring States and also provide the Machinery to negotiate in such matters. In India the States Department is under admirable guidance of Sardar Vallabhhai Patel with my own reforms Commissioner, Mr. VP Menon as Secretary. In Pakistan the Department is under Sardar Abdur Rab NIshtar with Mr. Ikramullah as the Secretary. 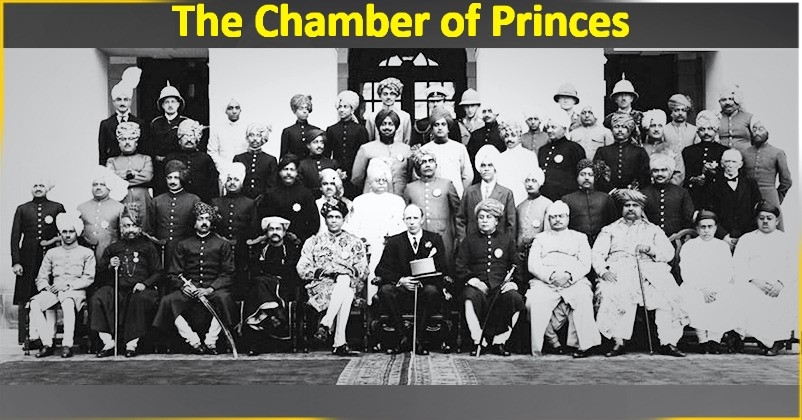