A whopping number of nearly 1 million devotees who came for Puri Rath Yatra have once again proved that they have a big heart and a sense of responsibility.

In a heartwarming gesture, the crowd parted ways in an orderly form to make way for an ambulance. 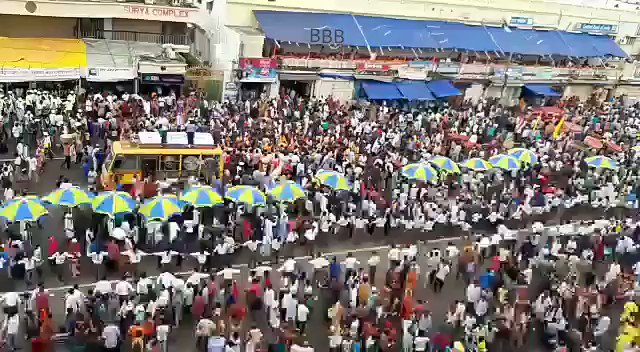 1200 volunteers, 10 organizations and hours of practice made this human corridor for free ambulance movement possible during Puri Rath Yatra 2019.

The video surfaced on the internet just a day after the Gundhicha Jatra and went viral instantly.

In a tweet, Puri SP Umashankar Dash said that “Nearly 1200 volunteers, 10 organizations and hours of practice made this human corridor for free ambulance movement possible during Puri Rath Yatra 2019.”

Swayamsewak should also understand that by doing simple tasks whole heartedly in the daily shakhas they will become fully developed individuals who consider the whole society as their own, without any animosity towards others in their mind and they will do whatever is required in the interest of the nation, without any hesitation. This is a well-known fact. Swayamsewaks of the Sangh are doing various duties all over the country. Over one lakh seventy thousand social service activities are conducted by Swayamsewaks in distant areas, where there is a need, like forests, mountains and rural areas, working along with the society, spending their own money and effort and without taking any monetary help from the Government. They have entered into many sectors of the society and there they have done many praise worthy tasks. The swayamsewaks are the first to arrive whenever there is a minor or major crisis and they are always prepared to work for the welfare of the country and if necessary, to sacrifice their lives.

This incident was during the 1971 war with Pakistan, when Bangladesh was not yet created.  When the Pakistani soldiers were entering the West Bengal border, a vanvasi boy called Arjun Tirki, studying in ninth standard, who was the mukhya sikshak of the shakha, noticed this and ran to the BSF camp and told them that the Pakistani soldiers were entering and asked the BSF soldiers to come quickly. There were only three or four people guarding the post and a whole Pakistani regiment was coming. The BSF jawans gave gunpowder boxes to the boy and asked him to take the boxes to the post said that  they would be following. The boy delivered the boxes to the four soldiers and stayed with them. During the fight he was shot and became a martyr.

There is a memorial in a village near Raigunj dedicated to Arjun Thirki. He was a true swayamsewak of the Sangh. It is easy to sing the song ‘O mother may your glory remain forever, though we may or may not be here for four days’, but to become ready for this it is necessary to have dedicated practice every day. With this practice Swayamsewaks with strong qualities having an understanding of the clear meaning and respect for Hindutva in the mind, having the strength to protect Hindutva with body mind and intellect, with strong intention to take the whole society with them and walking along side with the whole society, will be developed or created.