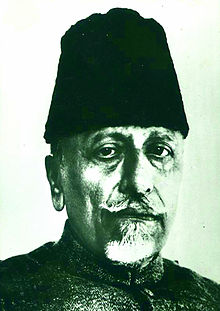 There is talk in certain circles of ‘Ghazva-e-Hind’ nowadays, a campaign to islamicise India. Back in 1946, Maulana Azad, a Congress president, argued the moderate nationalist muslim case to Islamicise India, and how muslim separatism was damaging islamisation. Although his real aim was to islamicise India, Azad was coopted by Congress, and was their secular and nationalist “poster” boy. In contrast, those nationalist Hindus who wanted to protect Hinduism, were castigated as ‘communal’, ostracised and excluded from the national discourse by Nehru and his followers.

Glossing over positive aspects of Azad’s 1946 interview, this analysis focuses on those aspects of moderate Muslim thinking and strategy that intermesh with Jihad in India and the world. Nine points of interest emerge in the analysis (all quotes are from the Maulana).

1) Azad opposes Pakistan not because he is a nationalist, but only because it does not help the Muslims.

“If Pakistan was right for Muslims then I would have supported it. But I see clearly the dangers inherent in the demand. … partition of India cannot promote their interests.”

2) “By demanding Pakistan we are turning our eyes away from the history of the last 1,000 years… ”

What is the history of 1000 years? It started with Ghazni’s invasions. So, the talk of 1000 years is an oblique reference to convert and islamicise India. Azad makes this clear:

3) “What is the cherished goal of a devout Muslim? Spreading the light of Islam or dividing territories along religious lines to pursue political ambitions?”