Welcoming Prabhu Sri Ram to Ayodhya with nearly 1.7 lakh diyas (earthen lamps) at Ram ki Paudi, marked the grand celebrations of Deepavali this year (Vikram Samvat 2074), while a helicopter decorated as “Pushpak Viman” carried Prabhu Ram, Mata Sita and Lakshman Bhayya who were symbolically represented by artists, descended on the Ram Katha Park near Sarayu river in Ayodhya, at the birth place of Sri Ram.

The grand event of this magnitude has happened nearly after “490 years” to the delight of all Bharatiyas filling the spiritual fervor and happiness, reminding us of the nostalgic era of Bharatiya Itihas – Ramayana.

It was in the year 1527 AD, that “Sri Rama Mandir” in Ayodhya was destroyed and demolished by Babur – the barbarous invader. Most celebrations since then were subdued in Ayodhya. Even after Bharat attained independence in 1947, nothing of this magnitude could ever have been imagined. Let alone celebrations, the very birth place of Prabhu Ram was itself challenged and his very existence questioned! The need for a grand Mandir at Ayodhya is still a distant dream, which is being continuously debated and challenged in courts.

The then CM of UP, Mulayam Singh Yadav inorder to checkmate the Mandir movement had ordered indiscriminate firing at Karsevaks and Hindu pilgrims at Ayodhya, only to appease certain sections of the society with his vote-bank politics. The firing at Karsevaks took place on October 30, 1990, when the Ram Mandir movement, spearheaded by Vishwa Hindu Parishad (VHP), was at its peak.

This year’s grand Deepavali celebrations led by Honorable Chief Minister of Uttar Pradesh, Yogi Adityanath, has brought back the glory to Ayodhya in memory of the day when Prabhu Sri Ram along with Seetha mata and Lakshman Bhayya, had returned to Ayodhya as a Victorious King.

Also, these grand celebrations acquire a spiritual and the political significance, as this is the same Sarayu ghat, where Karsevaks were fired upon by police on the orders of the then CM of UP, Mulayam Singh.

By lighting around 2 lakh Diyas, Hon.CM Yogi Adityanath has paid respects to our beloved “Karsevaks” on the banks of river “Sarayu”. These grand celebrations with offering of “Maha aArati” signified the welcoming of Prabhu Sri Ram have once again rekindled hope in Crores of Rama Bhakts, who can reassert and feel proud of being a Hindu. The awakened Hindu has sensed that our festivals and the celebrations are the ones that have kept Hindutva alive, and hence will no longer tolerate any more onslaughts against Hindu ethos.

That is why, DESPITE judicial overreach by the ‘milords’ of Supreme Court to curtail Deepavali celebrations on ‘experimental’ basis, the entire Bharat has gloriously burst the Deepavali crackers, and more this time! 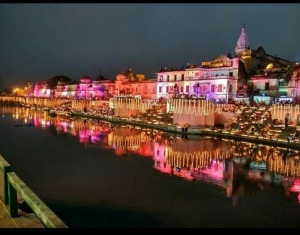 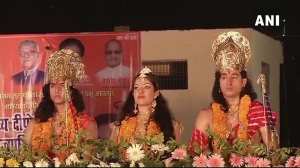 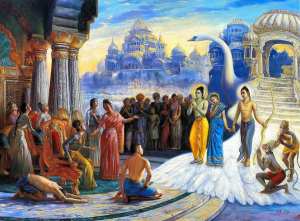 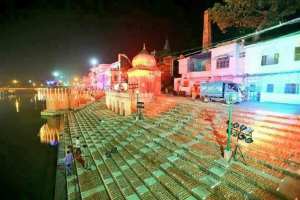 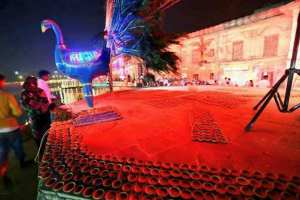 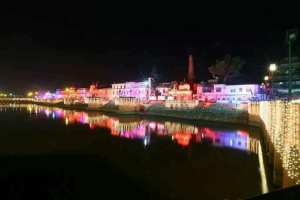 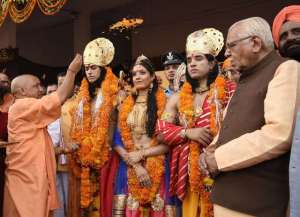 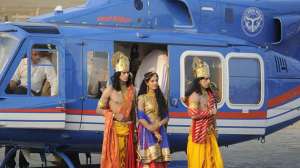 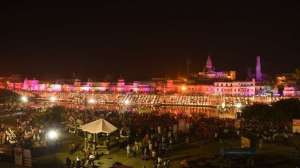 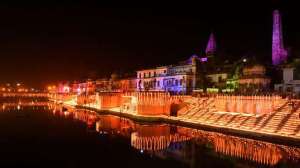 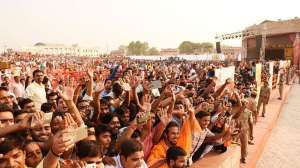