When strategy became policy at Lucknow in 1916, and the Khilafat and Moplah lay bare the slide of the Congress, many leaders were genuinely worried. They realised that the appeasement policies of the Congress were helping the League in furthering its separatist agenda. Despite his best efforts at placating the League and striving for Hindu-Muslim unity, Gandhi could not achieve much. When attempts were made to pacify the Moplahs in the name of Gandhi’s non-violence, they bluntly replied that Gandhi was a Kafir, and he could never be their leader. In 1924, Maulana Mohammed Ali, to whom Gandhi gave more importance than he did to Jinnah, declared: “However pure Mr. Gandhi’s character may be, he must appear to me, from the point of religion, inferior to any Mussalman even though he be without character.” In 1925, he reiterated it saying, “Yes, according to my religion and creed, I do hold an adulterous and a fallen Mussalman to be better than Mr. Gandhi”. 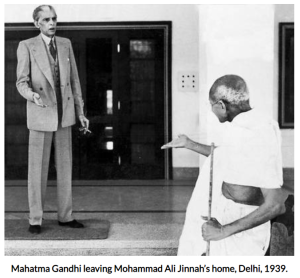 Shraddhananda’s Murder:
Swami Shraddhanand was a renowned Arya Samajist and a senior leader of the Congress. As a disciplined soldier of the movement, he had participated actively in the Khilafat movement too. Shraddhananda was a disciple of Swami Dayananda Saraswati, the founder of the Arya Samaj, and used to play an active role in reconversion activities. This angered some fanatical Muslims. One such young man called Abdul Rasheed visited Shraddhananda’s residence at Naya Bazar in Delhi on December 23, 1926, on the pretext of discussing “some problems of the Islamic religion”. Shraddhananda was unwell and lying on his bed. According to the Arya Samaj website: “The visitor then asked for a glass of water, and while Dharm Singh (Shraddhanand’s attendant) was taking his glass away, he rushed up to the Swamiji and fired two bullets point-blank into his chest.”

The annual session of the Congress was taking place from December 25, 1926, at Guwahati. All the senior leaders, including Gandhi, were present at the session when the news of the gruesome murder of Swami Shraddhananda came in. Gandhi called Abdul Rashid his ‘own brother’, but moved a condolence motion himself. “If you hold dear the memory of Swami Shraddhanandji, you would help in purging the atmosphere of mutual hatred and calumny. Now you will perhaps understand why I have called Abdul Rashid a brother and I repeat it. I do not even regard him as guilty of Swamiji’s murder. Guilty indeed are all those who excited feelings of hatred against one another”, Gandhi said to the shock of many in the audience. At the very same session, funds were collected for the legal defence of Rashid in the courts. When he was sentenced to capital punishment by the British, there were over fifty thousand people in his funeral procession at Kolkata. That was where the appeasement policy of the leaders had led the country.

Gandhi had proposed in 1921 that Congress should design a national flag. Several models were presented to him, and the one with three colours – orange, white and green –proved to be popular However, its interpretation as orange for the Hindus, white for the Christians, and green for the Muslims did not go down well with the people. A flag committee was then appointed in 1931 to look into the controversy and recommend a national flag for India. Among others, the 7-member committee included Nehru, Patel, and Azad. The committee submitted its report to the Karachi Congress session in December 1931.

“Opinion has been unanimous that our National Flag should be of a single colour except for the colour of the device. If there is one colour that is more acceptable to the Indians as a whole, one that is associated with this ancient country by long tradition, it is the Kesari or saffron colour. Accordingly, it is felt that the flag should be of the Kesari colour except for the colour of the device. That the device should be the Charkha is unanimously agreed to. The Committee have come to the conclusion that the charka should be in blue. Accordingly we recommend that the National Flag should be of Kesari or saffron colour having on it at the left top quarter the Charkha in blue with the wheel towards the flagstaff, the proportions of the flag being fly to hoist as three to two”, the report, signed by all the seven members stated.

However, the Congress session at Karachi rejected it, saying that the saffron colour represented only Hindus. The tricolour flag designed by Pingali Venkayya was adopted. It featured three horizontal stripes of saffron, white and green, with a Charkha in the centre. The colours were given a new interpretation thus: saffron for courage; white for truth and peace; and green for faith and prosperity. After the national song came the compromise with the national flag.

Language (concessions were made):

The Hindu Bhajans were modified. ‘Raghupati Raghava Rajaram – Patita Pavan Sitaram’ saw ‘Isvar Allah Tere Naam’ added to it. Even the national language was not spared. There were concerted efforts to discourage Muslims from learning Hindi right from the time of Syed Ahmad Khan. Syed Ahmad asked Muslims to prefer English to Hindi. Aligarh Muslim University taught only in English and Urdu. An effort was made to project Hindi as the language of the Hindus, and Urdu, that of the Muslims. In its eagerness to please the fundamentalists in the Muslim League, the Congress leadership decided at its 1925 Karachi session that Hindustani – a hybrid product from the mixture of Hindi and Urdu – should be the lingua franca of independent India. It even suggested that the script could either be Devnagari or Arabic.

Texts were rewritten. Special language classes were held for the Congress volunteers to familiarise them with the new hybrid language. Phrases like Badshah Ram, Begum Sita, and Maulvi Vasistha were promoted. Nevertheless, this one compromise did not go down well with the Congress and the nation. The protagonists of Hindi could succeed only after several years in making it the official language of the nation.

The Congress leadership continued to make these one-sided compromises without any reciprocal gestures being made by the League.

Cow slaughter was given free hand:

Even on a question as important to him as cow-slaughter, Gandhi was willing to compromise. “How can I force anyone not to slaughter cows unless he is himself so disposed? It is not as if there were only Hindus in the Indian Union. There are Muslims, Parsis, Christians, and other religious groups here”, he argued.

None of these concessions could move the League leadership. Instead, they only led to establishing the League and Jinnah, now its leader, as the ‘sole spokesmen’ for the Muslims, as Ayesha Jalal puts it. Emboldened, Jinnah went ahead ruthlessly, unmaking everything the Congress made, including, in the end, the geographical unity of the country.

(Courtesy: The article was originally published in Chintan, India Foundation on August 18, 2020).