imThe article is a Reader’s Contribution

If a member of a family dies, its impact is felt within the immediate family and relatives. Similarly if any socially-admired person dies, his influenced circle in the society will be affected. Not surprisingly, the killing of a dreaded Hizbul Mujahedeen terrorist Burhan Wani by Jammu and Kashmir police in India hugely disturbed the Pakistani government and Wani’s handlers, operating terrorists, organisations like LeT, Hizbul Mujahedeen and most of the Kashmiri separatists.
Based on an anonymous tip-off, the Special Operation Group of J&K police along with 19 Rashtriya Rifles raided (http://indianexpress.com/article/india/india-news-india/jk-valley-on-boil-after-face-of-new-militancy-burhan-wani-is-shot-dead-hizbul-mujahideen-2902395/ ) the hideout of Burhan Wani at Kowpora Kokernag in South Kashmir’s Anantnag district and killed him along with two of his associates Sartaj and Masoom on July 8, 2016. And since then some section of the Kashmir valley are protesting continuously against this encounter, disturbing the day-to-day life of ordinary people, indirectly forcing security forces to impose curfew to simmer down the heated atmosphere. 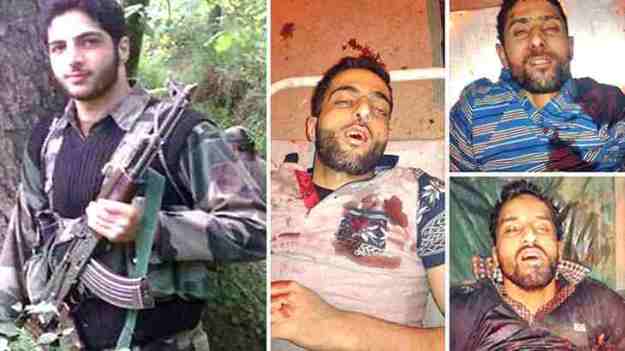 As soon as Burhan Wani’s death was aired, all patriotic citizens welcomed it and backed our brave soldiers, but it was bad news and nightmare for Wani’s handlers and terrorist-supporting Pakistani think tank. To convert this ‘bad news’ into good opportunity, the Pakistani handlers put all their best efforts and succeeded in converting the dead terrorist as martyr and labelling him as a ‘good terrorist’ and his death as an indirect loss to Kashmir valley.
These people have professionally executed their pre-planned agenda through their well knitted ecosystem comprising of religious preachers, Jihad elements, separatist leaders, political mileage seekers and their media friends operating in J&K as well as in Delhi.
Since then, all of them came under one umbrella, where separatists’ elements played Muslim/Jihad card. Politicians claimed that “We have special status as per Article 370”, which is different from rest of the country and instigated the Kashmir valley youth by deploying them onto the streets as stone-pelting foot soldiers.
Once this started unfolding on the ground, biased media jumped into the fray by claiming that Burhan was an ‘innocent boy’ from a humble family background and whose father was a respected school teacher. Further, they even went onto say absurd things like, had he not picked up the gun, Wani would have been a scientist like Einstein and many such stories kept making the rounds day after day in newspapers and on TV channels.
Knowingly or unknowingly, some of the citizens are taken for a ride by such kind of developments, and we have witnessed how these stone pelting mob confront police by attacking police stations and killing men on duty.
As per Jihad ideology, the first enemy to prevent in establishing Islamic law in any country other than an Islamic country is their security personal; so they apply the same tactics in India. In this case, the killers of Jihad ‘poster boy’ Burhan Wani are none other than our brave security forces, so they target them first.
Once these stone pelting lovers are busy on the ground, the causalities are unavoidable, whether with pellet guns or with lathis. Taking advantage of these unfolding developments, the separatists/Jihadist think tank/anti-India/anti-Hindu opinion-makers including section of media as well as opinion-builders, sitting across the border and within the borders jumped into action in one voice under the banners of human rights and freedom of expression (FoE) and started linking deaths and injuries of only civilians and connected them as chain of events with continuous news feed of ‘Breaking news’ appearing as panellists in TV and/ columnists in print media with their pre-planned agenda.

So what is the agenda of these forces?

First – Disturb the smooth sailing of PDP-BJP coalition government; break the growing trust between the government and people, and manufacture an environment where proposed Sainik colonies and townships for Kashmiri Hindus will be labelled as feasible, right now from government’s mouth.

Along with all these, the old and standard repeated line of “reduction of army presence” in the valley is taking centre stage. This is also the root cause for unrest in Jammu and Kashmir since many years along with batting for freedom or independence of the valley while singing the UN plebiscite tune.

If we closely observe all these developments, in a nutshell, it looks like these separatist forces do not leave any single opportunity in converting any anti-government sentiments into anti-India, anti-Hindu to suit their Jihadist agenda. Moreover, such forces are experts in artificially creating this kind of disturbing environment after the death of terrorists and preach every generation on how Indian government is using forces and suppressing their voice.

By summing up all these pre and post developments of any terror activities, the think tank will conclude by saying that, to fix this continuous problem of unrest in Kashmir, the only solution lies in the independence (‘azaadi’) and to achieve this, everyone in the valley small and big, men and women and children as a responsibility should come out on streets and fight using all violent and non-violent methods, be it using the mosques or by picking the gun as per their convenience.
In the midst of all this, the present Modi-led NDA government is doing its best to restore the things to normalcy by force or talks. Once this charged atmosphere comes down, the PDP-BJP coalition should speed up in moving towards fulfilling its poll promises and all-round development in the Jammu and Kashmir state. More importantly, at the earliest, government must push for construction of Sainik colonies as permanent houses to accommodate Kashmir Hindus without any further hesitation.

The parliament should draw a detailed plan to implement the 1994 resolution aimed at reclaiming the occupied lands from Pakistan, which we call it as ‘Pakistan Occupied Kashmir (PoK).
Today, it is Burhan Wani, tomorrow some other terrorist. To stop all this, there is no ‘good’ (OR) ‘bad’ terrorist. Just eliminate them; bring the religious leaders of Kashmir valley on-board and devise a strategy to delink the religious overtones for a peaceful Bharath. In doing so, identify the anti-national and Pakistani-loving celebrities residing in India and shame them whenever there is an opportunity. 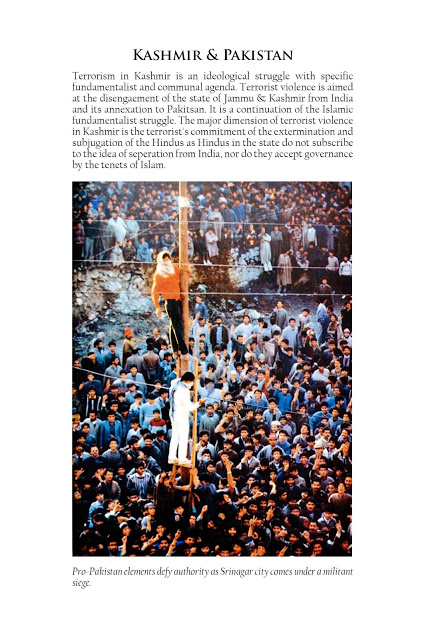 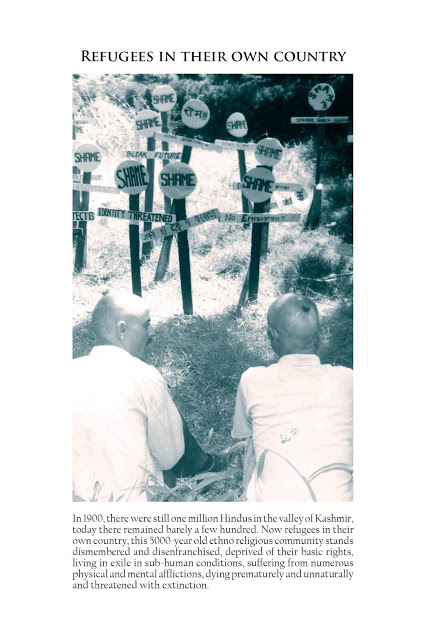 View the full exhibition at http://refugees-in-their-own-country.blogspot.in/