It is not a time for chest-thumping or triumphalism. But isn’t it time to rejoice?

What the Ayodhya movement overcame was not just the opposition of certain Muslim groups, but countless hurdles put up by the courts as well as overzealous secular shenanigans. Not a small thing, given the fact that Hagia Sofia cathedral in Istanbul, in contrast, has been turned once again into a mosque, and Jerusalem is still struggling to decide which history to accept. 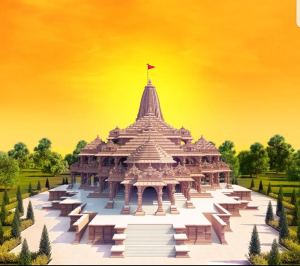 Somnath to Ayodhya is journey of an awakened civilisation. It was a struggle of five centuries. Hindus never accepted Babur’s commander Mir Baqi’s vandalism of the temple at the sacred site in Ayodhya, considered the birthplace of Bhagwan Ram. As happened in parts of Europe during the crusades, the site kept changing from temple to mosque to temple. The last time was in 1949 when idols of Ram durbar appeared under the domes of the dysfunctional mosque. Since then it once again became a functioning temple. Another seven decades of wait has finally resulted in the dream of millions of Hindus coming true. The abode of Shri Ram is again springing to life with majesty and magnificence.

It is not a time for chest-thumping or triumphalism. But isn’t it time to rejoice? What the Ayodhya movement overcame was not just the opposition of certain Muslim groups, but countless hurdles put up by the courts as well as overzealous secular shenanigans. Not a small thing, given the fact that Hagia Sofia cathedral in Istanbul, in contrast, has been turned once again into a mosque, and Jerusalem is still struggling to decide which history to accept. 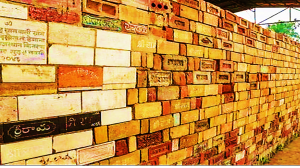 Certainly, the construction of the Ram Janmaboomi temple is a glorious epitome of a civilisational reassertion. “So, new people come up and they begin to look at their world and from being great acceptors, they have become questioners. And I think we should simply try to understand this passion. It is not an ignoble passion at all. It is men trying to understand themselves. Do not dismiss them. Treat them seriously”, warned Sir Vidia Naipaul, the Nobel laureate talking about this reassertion in the mid-1990s.

Renowned British historian Arnold Toynbee had taunted the Hindus four decades before Naipaul commended them. “Aurangzeb’s purpose in building those three mosques (Ayodhya, Kashi and Mathura) was the same intentionally offensive political purpose that moved the Russians to build their Orthodox cathedral in the city centre at Warsaw. Those mosques were intended to signify that an Islamic government was reigning supreme, even over Hinduism’s holiest of holy places. Perhaps the Poles were really kinder in destroying the Russians’ self-discrediting monument in Warsaw than you have been in sparing Aurangzeb’s mosques”, said Toynbee in a speech at Delhi.

The Orthodox cathedral that Toynbee referred to was Alexander Nevsky Cathedral built by the Russians in the Polish capital Warsaw. When Poland unshackled itself from Czarist Russia after the First World War, the cathedral was demolished by the Polish authorities in the mid-1920s. It took 18 years to complete the cathedral for the Russians – built between 1894 and 1912, but it didn’t survive even 15 years. Intense debate preceded the demolition. Poles saw it not as a religious monument but as a symbol of Russian domination. Like the pseudo-secularists in India, there were a few voices opposing the demolition, mostly from the Orthodox community. They were contemptuously dismissed as ‘Cathedralists’. Not that the Poles were against Orthodox Christianity. There were several other Orthodox churches in Poland. Many remnants of the Alexander Nevsky Cathedral were later shifted to the Mary Magdalene Orthodox Cathedral in the Warsaw suburb.

Poles took less than 10 years after their freedom to remove the Orthodox cathedral. Indians had to wait much longer in the case of Ayodhya. There was a precedent though. The Somnath temple in Gujarat, that was looted and destroyed by Mahmud of Ghazni in 1024, had been restored in 1951 immediately after India’s independence. Its restoration had Gandhi’s blessings and the initiative came from Sardar Patel and K M Munshi. Gandhi’s only suggestion to Patel was that the reconstruction of the temple should happen with the funds collected from the people, not from the public exchequer.

Unfortunately, by the time the consecration happened, both Gandhi and Patel were no more. Prime Minister Nehru was opposed to the idea of the reconstruction of the Somnath temple. He first tried to dissuade Munshi. Munshi refused to heed. Nehru then tried to discourage President Rajendra Prasad from attending the consecration ceremony. “I believe in my religion and cannot cut myself away from it”, Rajendra Prasad bluntly told Nehru. Nehru then wrote to all the Chief Ministers stating that his government had nothing to do with the Somnath reconstruction and they too shouldn’t have anything to do with it.

The Somnath temple returned to its past glory on May 11, 1951, when it was inaugurated in a grand function. Dr Rajendra Prasad was present in person to witness the making of history. “The Somnath temple signifies that the power of reconstruction is always greater than the power of destruction”, he told in his address, adding “By rising from its ashes again, this temple of Somnath will proclaim to the world that no man and no power in the world can destroy that for which people have boundless faith and love in their hearts…”

Seventy years after Somnath, the same spirit is bringing Ayodhya to life. Sardar Patel was the prime mover of Somnath reconstruction. But he was not there when it finally happened. Ayodhya owes a lot to Ashok Singhal, but it will miss him on this historic occasion.

When Prime Minister Modi stands at Ayodhya, laying the first brick for the temple, it would be a symbolic reiteration of what Dr Rajendra Prasad had said at Somnath some 69 years ago: “Today, our attempt is not to rectify history. Our only aim is to proclaim anew our attachment to the faith, convictions and to the values on which our religion has rested since immemorial ages.”