Bellur Krishnamachar Sundararaja Iyengar, better known as B. K. S. Iyengar expired on 20th August 2014 He was the founder of the style of yoga known as “Iyengar Yoga” and was considered one of the foremost yoga teachers in the world. He has written many books on yoga practice and philosophy including Light on Yoga, Light on Pranayama, and Light on the Yoga Sutras of Patanjali. Iyengar yoga classes are offered throughout the world. Iyengar was one of the earliest students of Tirumalai Krishnamacharya. 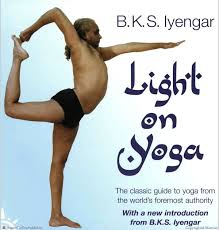 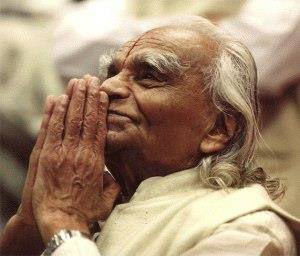 B.K.S. Iyengar was born in Kolar District, Karnataka, India. Iyengar’s home village of Bellur, in Karnataka, was in the grip of the influenza pandemic at the time of his birth, leaving him sickly and weak. Throughout his childhood, he struggled with malaria, tuberculosis, typhoid fever, and general malnutrition. When he was five years old, his family moved to Bangalore and within four years his father died of appendicitis.

In 1934, his brother-in-law, the yogi Sri Tirumalai Krishnamacharya, asked Iyengar, who would have been 15 years old at the time, to come to Mysore, so as to improve his health through yoga practice. There, Iyengar learned asana practice, which steadily improved his health. Krishnamacharya had Iyengar and other students give yoga demonstration in the Maharaja’s court at Mysore, which had a positive influence on Iyengar. Iyengar considers his association with his brother-in-law a turning point in his life. At the age of 18 (1937), Iyengar was sent by Krishnamacharya to Pune to spread the teaching of yoga. 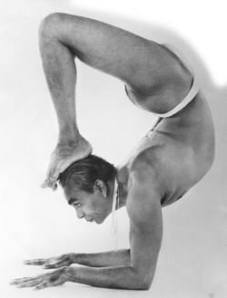 More than any other practitioner, Iyengar was responsible for the spread of interest in yoga in the west over the last half-century, having originally introduced the violinist Yehudi Menuhin to the art in the early 1950s. Iyengar used to say “my body is my temple and asanas are my prayers”. He lived up to that maxim, keeping himself supremely fit.

Iyengar was awarded the Padma Shri in 1991, the Padma Bhushan in 2002 and the Padma Vibhushan in 2014. In 2004, Iyengar was named one of the 100 most influential people in the world by Time magazine. As the New York Times wrote in a 2002 profile, “Perhaps no one has done more than Mr. Iyengar to bring yoga to the West.” His 1966 book Light on Yoga contains detailed instructions on how to perform more than 200 poses, according to Yoga Journal, and remains influential.