It is important to note that the bomb blasts at Dilsukhnagar, Hyderabad happened within one month of Akbaruddin Owaisi’s now notorious speech of “Remove the police for 15, we will show who has more strength”. 18 people were killed in the blasts. His Speech is here

Yasin Bhatkal – mastermind of the blasts 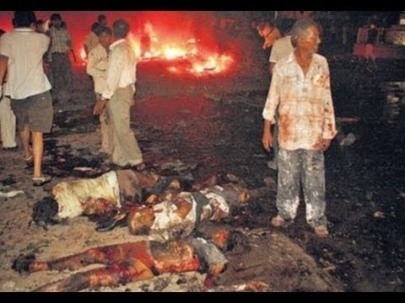 3 years later, a special NIA court in Hyderabad on Monday sentenced Indian Mujahideen co-founder Yasin Bhatkal and four others to death in the 2013 Dilsukhnagar blast case. Bhatkal, Zia-ur-Rehman alias Waqas, Asadullah Akhtar alias Haddi, Tahaseen Akhtar and Aijaz Sheikh, and IM founder Riyaz Bhatkal, the prime accused in the case, who is absconding, were convicted by the NIA court in Cherlapally Central Prison on December 13.