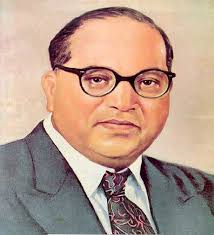 To name a group “Ambedkar Periyar Study Circle” is akin to naming a group “Nehru Jinnah Study Centre”.  The politics of Ambedkar and Periyar remain so mutually incompatible.

The recent controversy about a group named “Ambedkar-Periyar Study Circle” being derecognised by the IIT-Madras administration has brought to light the modus-operandi of Leftist groups in academic institutions. One of the ways in which Leftist groups operate is by appropriating the legacy and names of famous icons, even if the stated views of the icons were diametrically opposite to the views held by the Left.

In the case of the Ambedkar Periyar Study Circle we observe a similar practise: that of bringing together the names of two icons with totally opposite views. Admittedly this may project an image of a ‘consolidated’ sub-altern platform, Ambedkar representing the Dalit faction and Periyar’s name standing in for Tamil/Dravidian nationalism. But little do the organisers realize how comical this comes across as. The politics of Ambedkar and Periyar remain so mutually incompatible. To name a group “Ambedkar Periyar Study Circle” is akin to naming a group “Nehru Jinnah Study Centre”. Here are two reasons why an ‘Ambedkar-Periyar’ joint platform is not going anywhere:

E.V.Ramasamy fondly addressed as ‘Periyar’ by his followers was a racist. He believed in racial theories, especially in the  Aryan race theory(ies). He promoted racial stereotypes.

On the other hand, Dr.Ambedkar was the quintessential humanist. He studied the so-called Aryan race theory and racial interpretation of Indian society and rejected it.

For example in his ‘Who were the Shudras’, Dr.Ambedkar called the theory of Aryan invasion as well as the idea of Aryan race ‘an invention’. In his work on ‘Untouchables’ he underscored the point that race had nothing to do with the social dynamics in India:

E.V.Ramasamy had this to say on the same subject: “We Tamilians were the rulers of this land and we lost our prestige, ruling power and valour to a group of nomads who came here with their cattle…We would come out of this slavery only when we shed away the feeling that we are Hindus and that we are Indians.”

E.V.Ramasamy was a pro-monotheistic in the garb of an atheist. He stated : “I am not asking you not to worship God but to worship one God like the way Christians and Muslims do.”(Viduthalai, 04-06-1959) To EVR colonial imperialism was the ultimate sign of a religion’s superiority.

On the other hand Dr.Ambedkar rejected as shaky foundation for democracy the idea of universal fatherhood of God and instead considered the Hindu concept of Brahman as the surest and most suitable basis for democracy:

“To support Democracy because we are all children of God is a very weak foundation for Democracy to rest on. That is why Democracy is so shaky wherever it made to rest on such a foundation. But to recognize and realize that you and I are parts of the same cosmic principle leaves room for no other theory of associated life except democracy. It does not merely preach Democracy. It makes democracy an obligation of one and all.

3. E.V. Ramasamy Was No Democrat. Ambedkar Was.

E.V.Ramasamy was totally against democracy. He considered democracy to be the root cause of all the problems faced by the society and considered it as an evil manipulation of Brahmins. E.V.R in an editorial dated 8-2-1931 stated that, “in a nation with different languages, religions, and castes with low literacy democracy cannot in any way bring any progress.”

On the other hand Dr.Ambedkar strongly supported universal suffrage and thought ‘the exercise of vote was itself an education’. Dr.Ambedkar famously stated that “Social democracy means a way of life, which recognises liberty, equality and fraternity as the principle of life.”

E.V.R was basically anti-Indian. He never considered India as a unified entity. He was for linguistic and racial balkanisation of India. Dr.Ambekdar was deeply convinced of the basic cultural unity of India and the need for the political unification of India based on that spiritual-cultural basis. Dr.Ambedkar definitively rejected the linguistic basis of the nation-state.

Even while arguing for linguistic states Dr.Ambedkar stated:

“I advocated partition because I felt that it was only by partition that Hindus would not only be independent but free. … When the partition took place I felt that God was willing to lift his curse and let India be one, great and prosperous. But I fear that the curse may fall again. For I find that those who are advocating linguistic States have at heart the ideal of making the regional language their official language.“

E.V.R had a visceral hatred for everything he associated with Brahmins including Sanskrit. He declared:

On the other hand Dr.Ambedkar wanted Sanskrit to be the national language of India. (Report of the Sanskrit Commission, 1956-1957, p.200) He observed:

“Sanskrit is the golden treasure of epics, the cradle of grammar, politics and philosophy and the home of logic, dramas and criticism.” (Keer, p.19)

6. Dr.Ambedkar Was Sympathetic To The Jews

E.V.R promoted racial hatred against Brahmins and explicitly drew a comparison with the Jews. He justified both the anti-Semitic hatred for Jews and desired a similar hatred for Brahmins. Here is the sample of typical EVR rhetoric against Brahmins:

“That Jews do not have a separate nation and hence no patriotism on their own is a fact that resonated with Brahmins who do not have a separate nation of their own. Is this not a similarity? Jews being obsessed only with themselves cajole those in power and indulge in cunning manipulations to hurt and suck others for their own living. Does not this resonate with Brahmins who with no responsibility cajole those in power and try to dominate others.“

Dr.Ambedkar, on the other hand,  was sympathetic to the Jews. He supported Israel and never showed any hatred towards Brahmins. Far from that his respect for humanists cut across such caste and creed lines so much so that when he started the Siddharth College, Bombay, – the first college established by Peoples Education Society, he requested Professor Ashwathamacharya Balacharya Gajendragadkar to become the first principal. Gakedragadkar who was then in Elphinstone College, Bombay, took early retirement and accepted the offer.

How far removed is the catholicity of Dr.Ambedkar from the racist hatred promoted by EVR which could create a mindset that screamed ‘If you see a snake and a Brahmin beat the Brahmin first for snake has venom only in its fangs but Brahmin has venom all over his body.”

7. Dr.Ambedkar Would Never Compromise On The Safety Of Indian People

Such a vision cannot be seen in EVR whose ‘social action’ was limited to racist rhetoric and seldom anything more.

Even while calling for the destruction of Smrithi and Sruthi based religion Dr.Ambedkar also specifically stated that Hindus should adapt their religion to modern situation transforming it into a religion of liberty, equality and fraternity based on the principles present in Upanishads. He always considered these important values as having Indic rather than European roots.

Thus in his ‘Annihilation of Caste’, Dr.Ambedkar stated: “… for such religious principles as will be in consonance with Liberty, Equality and Fraternity, it may not be necessary for you to borrow from foreign sources, and that you could draw for such principles on the Upanishads.” Later in his ‘Riddles‘ he elaborated how the Mahavakyas can form the spiritual basis for social democracy.

Again such an in-depth analysis and rootedness is conspicuously wanting in E.V.R.

9. Ambedkar Did Not Indulge In Doublespeak

Dr.Ambedkar cared for humanity and when a crime against humanity happened he condemned it. For example he never whitewashed the Moplah massacre of Hindus by Muslims. He minced no words nor sought or invent like modern day Marxists any any excuses for the fundamentalist killers. This is how he describes the riots:

“The Hindus were visited by a dire fate at the hands of the Moplas. Massacres, forcible conversions, desecration of temples, foul outrages upon women, such as ripping open pregnant women, pillage, arson and destruction—in short, all the accompaniments of brutal and unrestrained barbarism, were perpetrated freely by the Moplas upon the Hindus until such time as troops could be hurried to the task of restoring order through a difficult and extensive tract of the country. This was not a Hindu-Moslem riot. This was just a Bartholomew. The number of Hindus who were killed, wounded or converted, is not known. But the number must have been enormous.”

Given the fact that the majority of those killed could be labelled ‘upper caste’ Hindus, Dr.Ambedkar could have easily ‘justified’ the riots like the modern day Leftists. But he chose to do otherwise.

Now let us compare a similar incident in the life  of EVR. During the DMK regime, 44 Dalits were massacred at Keezhvenmani – a village in Tamil Nadu. They were burnt to death by non-Brahmin ‘Dravidian’ upper castes. EVR never condemned the massacre of Dalits by non-Brahmin caste ‘Dravidians’ and in a display of unrestricted perversion condemned those who organized the Dalits to fight for the higher wages.

E.V.Ramasamy nurtured a deep hatred for Dalits which often came out in statements which would make any civilized human being slightly cringe. He attributed the rise in prices of clothing to the fact that Dalit women had started wearing jackets. He wanted higher education institutions to be closed so that cheap labour would be available. Such thoughts could not even occur to Dr.Ambedkar