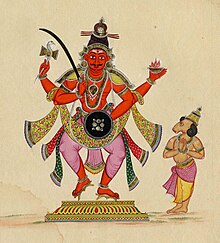 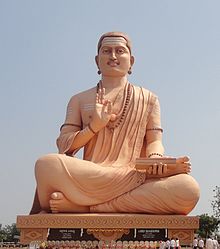 There is a reference to the philosophy of Lingadharanam (wearing of Linga around the neck) made in the Anushasana Parva of Mahabharata during a conversation between Yudhishtira & Bheeshma. It clearly shows that such a practice existed even before the birth of Guru Basaveshwara.

Basavanna and the Veerashaiva-Lingayat Philosophy

Genesis of the demand for a separate Lingayat Religion Status in 2013 & its rejection by UPA Government.

Divisive politics of Congress in Karnataka

Legal Validity of this exercise.

“The constitutional ideal, which can be gathered from the group of articles in the Constitution under Chapters of Fundamental Rights and Fundamental Duties, is to create social conditions where there remains no necessity to shield or protect rights of minority or majority.

The above mentioned constitutional goal has to be kept in view by the Minorities Commissions set up at the Central or State levels. Commissions set up for minorities have to direct their activities to maintain integrity and unity of India by gradually eliminating the minority and majority classes. If, only on the basis of a different religious thought or less numerical strength or lack of health, wealth, education, power or social rights, a claim of a section of Indian society to the status of ‘minority’ is considered and conceded, there would be no end to such claims in a society as multi-religious and multi- linguistic as India is. A claim by one group of citizens would lead to a similar claim by another group of citizens and conflict and strife would ensue. As such, the Hindu society being based on caste, is itself divided into various minority groups. Each caste claims to be separate from the other. In a caste-ridden Indian society, no section or distinct group of people can claim to be in majority. All are minorities amongst Hindus. Many of them claim such status because of their small number and expect protection from the State on the ground that they are backward. If each minority group feels afraid of the other group, an atmosphere of mutual fear and distrust would be created posing serious threat to the integrity of our Nation. That would sow seeds of multi-nationalism in India. It is, therefore, necessary that Minority Commission should act in a manner so as to prevent generating feelings of multinationalism in various sections of people of Bharat.

Therefore it is very evident that the Congress has continued the dangerous British policy of divide and rule. Planting and instigating artificial divisions amongst the various sections of society has been practiced by the Congress since long. The recent Patel reservation movement in Gujarat and the blind support that the Congress offered and now the conspiracy of dividing the Veerashaiva and Lingayats from Hindu religion and from each other in Karnataka is a classic example of its insidious agenda of sowing seeds of divisiveness in society for petty political gain.

1 thought on “Veerashaiva-Lingayat community is One !”