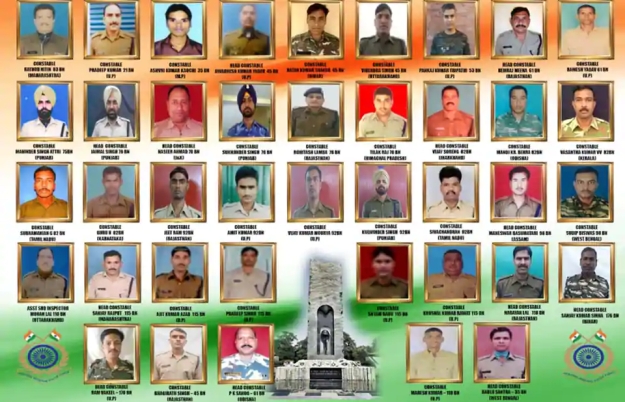 Arnold Toynbee writes ‘ What is Pakistan ? it was the first successful step in this 20th century to realize their ( Muslims) 1200 year old dream of complete subjugation of this country.’

Inspite of all its internal issues, Pakistan continues to harbour the dream of defeating Bharat & the Hindus. The video of the terrorist who was involved in the suicide attack in Pulwama has been shared extensively over whatsapp. While it is clear that he was the mimic & the voice was someone else’s, the words are important. He wages war on Hindustan the home of whom he calls as Mushriks ( polytheists )  & gaumootra drinking persons which is obviously the Hindus. He also accuses the Muslims who have either befriended the Hindus or are not practising Islam rigorously.

As expected, many TV channels ran debates on the dastardly act of terror. While there were many baying for revenge, there were some saying that talks are the solution and so on….

In the midst of one such discussion, one person who claimed to be a Kargil war veteran said that we must investigate why the local-bred person became a fidayeen. He spoke about politics etc but strangely did not fix the problem on indoctrination. Jehad is a world-wide phenomena but the apologists brush away the core issues of indoctrination of Ayats from the Qu’ raan stating there are bad people and good people and terror has no religion etc… . When it was happening in Bharat, the world ignored . After 9/11, US woke up and now Europe too is awakening to this grave danger.

The sentiment in the entire nation is baying for revenge & the Prime Minister, Sri Narendra Modi  has given an assurance with our support, the strongest action will be taken and that he has given the forces a free hand to do so. Lets hope & pray the government lives up to its promise.

But an important Question is what the common person must do ?

…And Next year lets pray that we as a nation still remember 14th February for the sacrifice of these Veer Jawans and not for some fictitious saint who has been marketed by the consumer goods companies !!

Ofcourse the State is there to protect us but a Strong society is a bigger deterrent !

An excerpt from the Quraanic Concept of War by Brig S.K. Mallik of Pakistan

” Terror is not a means of imposing decision upon the enemy; it is the decision we
wish to impose . . . .” Malik’s divine principal of Islamic warfare may be restated as
“strike terror; never feel terror.” The ultimate objective of this form of warfare “revolves
around the human heart, [the enemies] soul, spirit, and Faith.”56 Terror “can be instilled
only if the opponent’s Faith is destroyed . . . . It is essential in the ultimate analysis, to dislocate [the enemies] Faith.” Those who are firm in their religious conviction are immune
to terror, “a weak Faith offers inroads to terror.” Therefore, as part of preparations for jihad, actions will be oriented on weakening the non-Islamic’s “Faith,” while strengthening the Islamic’s. What that weakening or “dislocation” entails in practice remains
ambiguous. Malik concludes, “Psychological dislocation is temporary; spiritual dislocation is permanent.” The soul of man can only be touched by terror.”