GHMC, Greater Hyderabad Municipal corporation has taken up road widening in many parts of the city of Hyderabad as per court orders. In Amberpet, a private property was also demolished after the necessary compensation was promised couple of days back.  This private property was also running a small chicken shop earlier, was alleged to have been an illegal ghori which was later illegally constructed into a dargah. All this is speculation.  Some Muslim groups raised a ruckus and the TRS government fell on its knees and promised reconstruction of a masjid which in itself was illegal. The Waqf board seized the opportunity and put up a board. 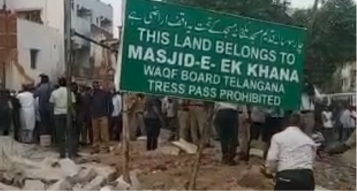 Illegal board put up 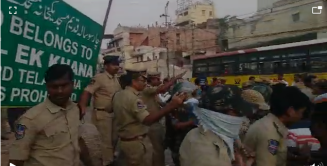 On Sunday, citizens protested against this illegal occupation that was being done with police protection . Some Muslims indulged in violence on the protesting citizens. This itself was surprising since the the decision was taken by the government.  The citizens also retaliated in defence. 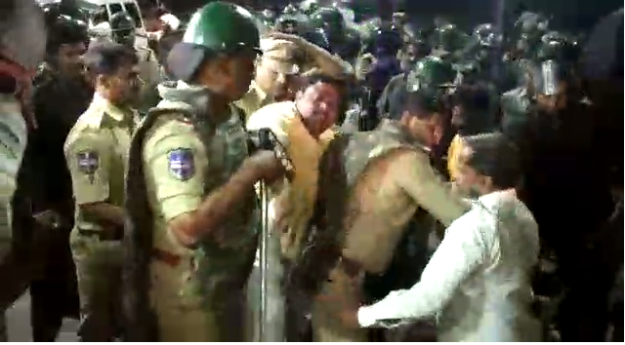 Some political leaders also jumped into the fray and media is now quick to show it with bizaare headlines as if it is a conflict between two groups when in fact it is a defiance of Muslim groups of the government.