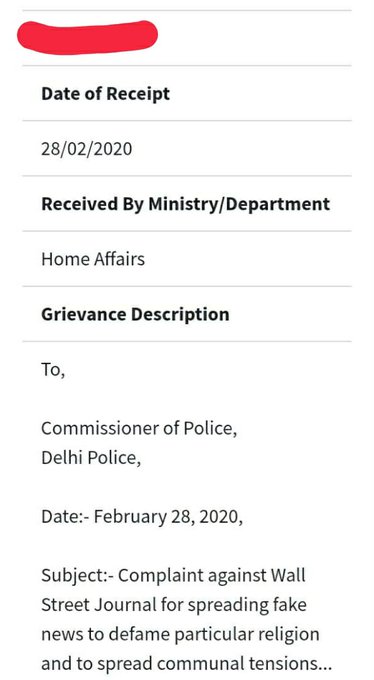 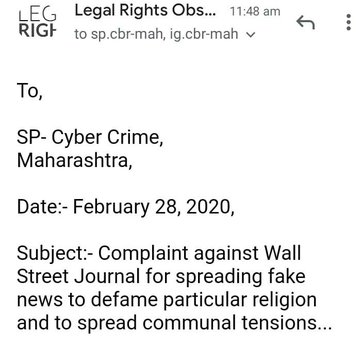 Wall Street Journal had quoted Ankit’s brother Ankur as having said that Ankit was killed by a mob chanting ‘Jai Shri Ram’. 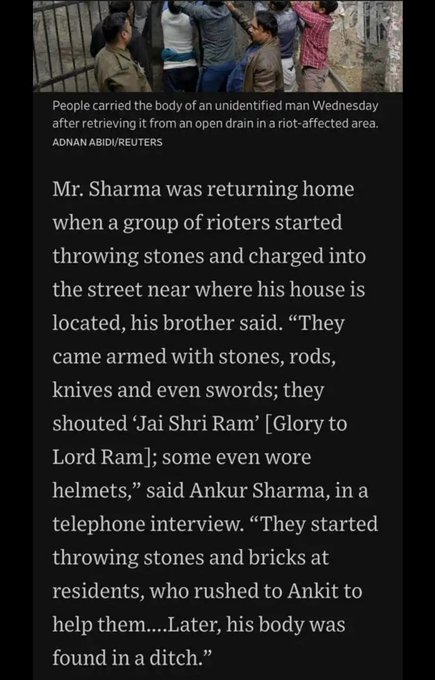